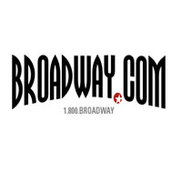 Having problems with Broadway Cameras & Electronics?

My friend was visiting from Italy. He went here to purchase a new Nokia Phone. Unfortunately he did not check it before he left. He discarded the box and went on his way home to Italy. Suprise! The phone was broken. He called and spoke to the manager, was told to take it back. He overnighted the phone to me along with the receipt and I went back to the store and explained the situation and asked for an exchange. The employees there looked at me as if I was a Common Criminal. Telling me I found the broken phone on the street and was trying to rip them off. I had the receipt but they didn't want to hear it. $500 spent on a broken phone and they were not willing to help me in the least. Then they told me that they don't sell that phone, but it was in their window. Then the phone was a special order item but miraculously my friend was able to walk it and purchase it. Right! As far as I'm concerned this place is interested in doing nothing but taking advantage of forgeiners because they are unable to do anything after they leave.

Broadway Cameras & Electronics
0
%
Doing nothing would be this company's favorite pastime, if they had the energy for it.