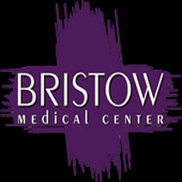 In May 2012 I qualified for low income dental work through a program this place donates once per year.now, a year later, I started getting bills from the people who bought the one where the procedure was done, for almost 6, 000 dollars.It seems the lady who does the paper work at the place was fired or quit & my, as well as some more people who had work done through the same program`s, paper work mysteriously came up missing.I have refiled the applications needed, as well as applied again for Medicaid, just so I could get another rejection letter to send to this place.I think that this place is pulling this stunt so the government, or thier insurance co, .will pay them, while at the same time, ruin my credit rating.

Bristow Medical Center
0
%
Doing nothing would be this company's favorite pastime, if they had the energy for it.