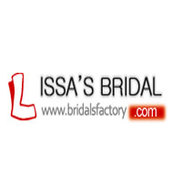 The complaint has been investigated and
resolved to the customer's satisfaction
Resolved Bridalsfactory.com — wrong dress/no refund

Recently I have grown quite irritated with a company that myself and a few of my friends have been working with to get dresses made. The company is called "Lissa's Bridal" also known as "Bridalsfactory.com". It is a company based in China and although I hesitated buying from over seas, it was hard to pass up the great price keeping to a tight budget. I had one of my girls place an order to see if they would deliver and they did... for the first order that is. The dress came a bit long but nothing we couldn't fix with alterations. The color was right, the detail was beautiful, my nerves were calmed, and I was a happy bride-to-be. But then... When it came time to order the next dress, the nightmare began. The second girl ordered her dress EXACTLY as the first one did only with her measurements. Although the dress arrived in half the time, it was the wrong color and wrong detail. Despite emailing them for 2 weeks, both her and I received no response. We decided to seek full refund. Paypal responded promptly. She was offered a refund for part because it wasnt sent back. Then she was offered a full refund IF the dress was shipped back at her cost. This wasn't good enough. Why is it her responsibility to take a hit on their mistake? The lady behind the company also known as "Ting" gave us excuses to why it wasn't the same dress..."it was made by a diffierent dressmaker, it wasn't ordered at the same time... we needed to select "dk purple" (which we did) and we have to send pictures of the first dress that WAS right. We decided to keep the dress and re-order. She sent pictures of the first dress, ordered it in dark purple, and she sent the same measurement as before. She also ordered the 3rd bridesmaid dress at that time so they were made identical. Well they were made identical. The one she re-ordered with exact same measurements came back a foot shorter than the first... and again BOTH were the wrong color. Now we have 3 dresses that are the WRONG color, 1 is too short, and no one can get a response to our NUMEROUS emails. The dress experience has become a nightmare, the company does not have a contact number, they don't respond to emails, they don't allow you to leave comments on their web page and they won't correct their mistakes. I would like to see this message get to as many people as possible warning them of this over seas company. I will also leave a complaint with BBB and also submit a complaint to PayPal.

Bridalsfactory.com
100
%
This... this rating shouldn't even be possible. Not every mother cares about her own children how this company cares about their customers. Perfect!