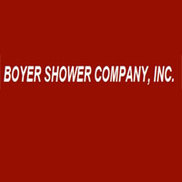 Having problems with Boyer Shower Co?

Boyer-Rosene Moving and Storage — Has not delievered our shipment

I am writing in hopes that you can help. My husband and I used Bekins Boyer Rosene 1121 North Ellis Street, Bensenville, IL [protected]-0152 to move us from

IL to Tx. They came out and gave us a quote and we had a contract.

The moving day came June 30, 2010 and they arrived. The driver was rude and very unprofessional from the start.

We had used a different Bekins in FL and had a good experience.

On June 30, 2010 after loading part of our home they informed us that they could not do another thing unless we agreed to pay an additional $1800.

We went back and forth. They stated the box count was off when in essence they estimated too low and they had someone else's items on the truck who had over flow.

We went back and forth with the Boyer Rosene Office and they dropped it down to around $1300 additional. Under duress my husband agreed to that as they had part of our home loaded, it was a holiday weekend, we had to be out of our home in IL and into TX. They sent a second truck as they had misjudged and stated that truck would be here yesterday.

It never came and no one ever called or contacted us to let us know anything about it.

My husband finally reached the CEO of Boyer Rosene and our items are still in IL with no firm date of arrival. The owner basically told my husband that they bid the job too cheap and that he would "walk"from the business and we could just come get our items.

. We have not been done correctly and after looking up reviews of Boyer-Rosene this type of behavior seems to be a pattern with them.

This is terrible business practice and we trusted the name Bekins and we have been taken advantage of. I have a dear friend in network television who after hearing the story wants to do a segment on this. I am hoping we can get this resolved without doing that. They can not hold your items and make you "pay ransom" for them. A review was written this week on Boyer-Rosene and my husband was contacted

today by Paul the owner and his atty who demanded that the review be removed and they wanted us the sign a document releasing them from liability or they would not get our items to us. They said in the phone conversation that if the document was signed by 4:30 p.m.they could get our items to us on Monday. If not.. they would NOT RELEASE our shipment. We refused to sign via legal counsel.

Boyer Shower Co
Doing nothing would be this company's favorite pastime, if they had the energy for it.