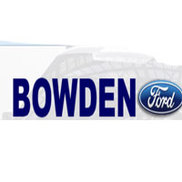 Having problems with Bowden Ford Lincoln?

I took my car to the Bowden Ford in Alice on 06/02/10 because the engine light had stayed on, it was the Automatic Transmission Control Module it was fixed and released on 06/17/06. A week later the engine light stayed on again and I took it in to see what the problem was this time. I told it was the thermostat, they had the car for 3 days until they called me and said they had to order the part and that I could still drive the car because the thermostat was staying open, therefore; the car would not over heat. Service Advisor Marty Ramiez told me that he would call me when the part arrived. Around 5 weeks later, I had not heard from him, so I call ford in Alice, TX to see when the part was going to arrive, to my surprise it arrived “that very” same day I called! I told him I would have my car at the shop early Monday at 0730. I was told by Marty that my car was “top priority”, and they would install the thermostat that day and should be out on Monday. I called him at 1400 to see if my car was almost out and to my surprise it was NOT! He told me he would call me back; at 1700 I called because I did not hear from Marty. He told me that it was not going to be ready until Tuesday after noontime!! I had told him I need my car because I had to go to work on Tuesday. Again he said, “oh I got it before he started on it, and if you want you can come pick it up and bring it back another day” That told me they had NOT even touched it that day!! My car was parked across the street with the other cars!


I also went into the office to check when was the last time I had taken my car into the shop and to my disbelieve they did not have ANY paper work from the last time I was in there due to the second time my thermostat had stayed on. Okay what does that tell me? No paper work, no work done!! If its not documented then it was NOT done!!


I will NEVER go back to that place!!!

Bowden Ford Lincoln
100
%
This... this rating shouldn't even be possible. Not every mother cares about her own children how this company cares about their customers. Perfect!