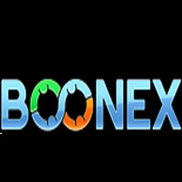 Having problems with Booned Dolphin?

ComplaintsBoard.com is not affiliated, associated, authorized, endorsed by, or in any way officially connected with Booned Dolphin Customer Service. Initial Booned Dolphin complaints should be directed to their team directly. You can find contact details for Booned Dolphin above.

Use this comments board to leave complaints and reviews about Booned Dolphin. Discuss the issues you have had with Booned Dolphin and work with their customer service team to find a resolution.

Why boonex is a scam?

Boonex is writen by several people using different technologies. Its main base (Dolphin) is writen in pure php with its own template engine and forum (Orca) uses xlst. That has large negative impact to integration of forum in site and site in forum. When coding, please use single technology and template system.

Whats even worser, different parts of dolphins code itself is writen by completely different people, and very in the hurry. So everyone has its own imagination how to interact with different parts of the code. It is very tricky to modify code that way to suit site needs.

This problem in dolphin/boonex needs a point on its own. Boonex uses custom template system ( that should be called layout system). The blocks of generated html code are pased to specific places in the template. That creates a big headache for programers as they need to search through code for the place where some box is generated. It might be generated in template, or in specific function in one of numerous includes. And so on. Even pligg has better templating than this.

It is very tricky to rip boonex templating apart, as whole coding is based on such poor programming practice. They would be better off using existing template system like smarty or similar one.

This leads to problem nr3

We saw serveral other competing sites launched on boonex, but we did not care much. Why? Becouse when they reach 500-1000 daily visitors they will break apart. The reason for it is very bad programming and use of database.

For example, boonex uses profile builder which assigns fields to profiles. So the output of profile uses more than one table and is quite inefficient.

Also, there is a nice 20-30 query overhead on each page display to fetch all the configuration values from table. Silly, isn’t it ? They would be FAR better of using a file for configuring sofware or caching it in php file like it is done in most of the systems.

Another simple problem. When boonex wants to display a profile being online it additionally check database for its status. But that data was pulled from database already. So 20 useless queries again.

I would not suggest using boonex if you want to keep your programmers sane. We have have changed the code almost completely for now, and you will need to do that too. Boonex is a scam.

Booned Dolphin
Doing nothing would be this company's favorite pastime, if they had the energy for it.