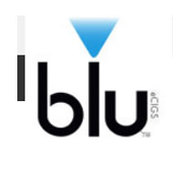 Having problems with Blu Cigs?

ComplaintsBoard.com is not affiliated, associated, authorized, endorsed by, or in any way officially connected with Blu Cigs Customer Service. Initial Blu Cigs complaints should be directed to their team directly. You can find contact details for Blu Cigs above.

Use this comments board to leave complaints and reviews about Blu Cigs. Discuss the issues you have had with Blu Cigs and work with their customer service team to find a resolution.

A week before christmas i purchased NON-nicotine strength cartidges for my fiance as a Christmas present since she just quit smoking a month ago and wanted a non-nicotine electronic cigarette in the event she had the sudden urge to smoke. I purchased NON-nicotine strength cartridges and i have the invoice to prove it but instead they sent her MEDIUM strength with the initials med on it. After smoking one of them she realized something was odd and called BlueCigs to check what the med meant. We didnt even see the "med" sticker because of how small it was and just couldnt believe that a company selling cigarettes could make such a costly mistake. But they actually did and when i called to complain the first time they told me i had to fill out a return form and pay to ship it back to them. I immediately requested a supervisor and since they were all busy i was told i would recieve a phone call back the next day. I never received the return call and called again 2 days later with the exact same response. Again, i called again 2 days later and spoke with a gentleman who said he would send out the NON-nicotine cartridges and id recieve it in 2-3 days. 10 days later i still received nothing so i called a 4th time and told them this was the last call id make and that i wanted to cancel the order and request a refund. again they said i had to go to their website and fill out a form and pay to ship it back.

I am refusing to give this company a dollar to ship it back considering the severity of their mistake. To make a long story short that after smoking one of the medium strength cigarettes she is now smoking again and as a result i am looking to sue BlueCigs for their negligence and refusal to make right what they went wrong. I gave them 4 chances which is 3 chances too many if you ask me. A company like this shouldnt be in business and i just wonder how many other people are smoking medium strength electric cigarettes when they think that they are non-nicotine. ANY LAWYERS WANTING TO START A CLASS-ACTION LAWSUIT AGAINST THIS COMPANY PLEASE EMAIL ME AT [protected]@OPTONLINE.NET

Blu Cigs
100
%
This... this rating shouldn't even be possible. Not every mother cares about her own children how this company cares about their customers. Perfect!