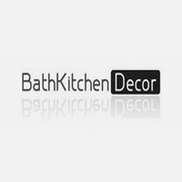 I purchased a chandelier that was misrepresented. Merchant offered some additional merchandise as compensation. Told us it was shipped out, and then continually delayed. After some additional attempts to contact I was told that I should not worry and there was a mistake. Then again sometime later just wouldn't answer calls or emails. Now when answered accidentally they hang up when they realize who is calling.

BathKitchenDecor.com
Doing nothing would be this company's favorite pastime, if they had the energy for it.