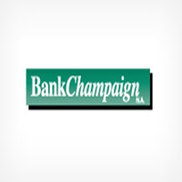 ComplaintsBoard.com is not affiliated, associated, authorized, endorsed by, or in any way officially connected with BankChampaign Customer Service. Initial BankChampaign complaints should be directed to their team directly. You can find contact details for BankChampaign above.

Use this comments board to leave complaints and reviews about BankChampaign. Discuss the issues you have had with BankChampaign and work with their customer service team to find a resolution.

Plaintiff filed an amended suit against BankChampaign in 2009, alleging breach of fiduciary duties when the bank withdrew $262, 633 from three accounts associated with his parents — purportedly for termination fees and prospective attorney fees.

Plaintiff's father and mother set up trust accounts in 1997. The father, a Champaign attorney and developer who owned local hotels, died in May 1999. The Mother was declared "disabled" in a guardianship case in December 1999. She died in April 2006.

BankChampaign was appointed "successor trustee" of the family trust accounts and guardian of the mother's estate.

Prior to the bank's resignation, the co-guardians and trust beneficiaries were threatening legal action against the bank.

Strategic Trust, along with the plaintiff and the other co-guardians, sued BankChampaign in 2003, alleging breach of contract and breach of fiduciary duty. That case was voluntarily dismissed three years later due to the lawyer for the trustee resigned.

The plaintiff sought compensation for loss and damage caused by the bank's conduct, as well as punitive damages.

In 2009, Champaign County Circuit Judge Michael Q. Jones dismissed the plaintiff's claims regarding the trust accounts. Last year, the judge found in favor of BankChampaign on the claim concerning the guardianship account.

The plaintiff appealed the case, and in March of this year (2011), the Fourth District Appellate Court found in his favor. It reversed Jones' dismissal of the trust account claims and the judgment on the guardianship account.

Among other things, the appellate court, in a 3-0 decision, ruled that "a question of fact exists" regarding the termination fees.

The justices determined that:

— There was no signed agreement regarding termination fees so it was unclear whether the fee schedule applied to the accounts.

— The fee schedule said the termination fee "may" be imposed, not that it was mandated.

BankChampaign contended that the statute of limitations for breach of fiduciary duty ran out after five years. But the justices said Judy's suit was a "permitted refiling" since it was filed within a year of the voluntary dismissal.

The appellate court also ruled that the trial court erred in finding that BankChampaign did not have a fiduciary duty to Judy concerning the guardianship account.

BankChampaign
Doing nothing would be this company's favorite pastime, if they had the energy for it.