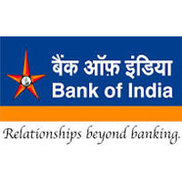 Having problems with Bank Of India?

ComplaintsBoard.com is not affiliated, associated, authorized, endorsed by, or in any way officially connected with Bank Of India Customer Service. Initial Bank Of India complaints should be directed to their team directly. You can find contact details for Bank Of India above.

Use this comments board to leave complaints and reviews about Bank Of India. Discuss the issues you have had with Bank Of India and work with their customer service team to find a resolution.

The complaint has been investigated and
resolved to the customer's satisfaction
Resolved Bank of India — Fraudulent withdrawal of Rs.229000/- from my saving account through Internet.

Fraudulent withdrawal of Rs.229000/- from my saving account through Internet.

This is with reference to above mentioned subject.
I am having saving account No SB account no-[protected] with BANK OF INDIA WARORA BRANCH. I have received the call from WARORA BOI that transactions of
Rs 229000 has made from my account on 16th NOVEMBER 2009.. I approached the Branch on same day evening(17th NOVEMBER 2009) & again next day morning(18th NOVEMBER 2009) and given written complain as well as online complaints through complaint reference number 893819 regarding fraudulent withdrawal from my account . I requested BOI to reverse those all fraudulent transaction from account and credit the same in my account.BOI WARORA authorities asked me to lodge FIR with Police, I lodged FIR complaint with WARORA POLICE STATION on 19th NOVEMBER 2010 for properly Investigating the matter, I have provided them the details of all six account holders, their branch name, address. Details of the said six account holder are enclosed herewith. Initially WARORA POLICE swung into the action as this was first case under its jurisdiction, even local as well state press gave this incident good coverage, WARORA POLICE have even arrested FOUR/FIVE of the account holders from MUMBAI and for reason best known to them this case is put in cold storage it seems, even my enquiry from them fails to solicit any satisfactory response, Always they are telling main culprit is absconding. Similarly I have repeatedly followed up with BOI, but they never shown their willingness to investigate the matter and return my amount.

Normally if any one wants to operate Internet Banking, firstly we have to give a Customer ID & Customer ID password for open the account, after that for doing any transaction we have to enter transaction password and we have to furnish the number of details as they required we have to feed all the data as called for(Grid Numbers). So far I never made any online cash transfer at any point of time.Normally, the bank will not allow any transaction more than Rs. 1, 00, 000/- per day, further each and every transaction will be communicated to its customer with in fraction of seconds on his mobile phone and also there will be a mail to its customer E-Mail account. In this case there is no such intimation to me.

Sir, I am regret to say that Bank of INDIA/POLICE is having all desired information like, Account number, Name and address of all the SIX account holders, video clip of ATM etc, but instead of expediting the investigating procedure and calling those account holders, they are simply giving misleading and baseless reply or passing their time Nobody from Bank want to give the information in writing that fraud has taken place & all the time they are telling that you have to wait for POLICE Inquiry.. After having all information bank has not taking matter seriously & giving a chance to the culprit to use the money & run away. OUR datas are handled by out sourced employee ( who are working at low salaries) they may misuse the data to make fast money. This indicate public hard earned money is not safe in the Bank.
Sir, After making complaints BANK is supposed to seal all six accounts but suddenly on 2nd JANUARY 2010 again through internet fraud Rs 15000/ was deposited in Mr. Vishajeet Gayakwad (A/C NO-OO3510310000097, NAYAGAON BRANCH MUMBAI) and this deposited money was allowed to withdraw from BANK due to sheer negligence of concerned bank officials, needlless to say this person was in police custody also and released on bail .

It is nightmare for me after losing the money. I am single earning member of my family of six members. I was keeping that money for my house construction at my native place DHANBAD(JHARKHAND) I need your Intervention & support to resolve the issue & get back My Hard earned Money at the earliest.

Bank Of India
50
%
This company is on the right track to keep up with incoming complaints, but there's still plenty of work to do.

Most Discussed Bank Of India Complaints