Products & Services Back 2 Back Chiropractic
File a complaint Contacts Complaints 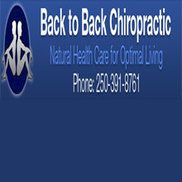 Having problems with Back 2 Back Chiropractic?

Back 2 Back Chiropractic — Awful customer treatment

I worked for a chiropractor who loves to fire persons. I quit, then he begged me back, because he said he was loosing money because the people wanted reflexology instead of massage therapy. I never told them to stop services with him but they were getting better with their diabetes, etc. I came back after about two months. His appointment clerk began to talk nasty with me. She would make appointments and tell me to be there in 10 minutes. A few of those times, I was in Coral Springs and needed to be in Cooper City about 40 minutes away. Then to solve that problem I would be in the area. She was shocked when I would show up in 5 minutes. She also made false insurance claims for him. The doctor would write new clients names on the board when there were no new clients. He would do anything and everything to get a client.

The last day I worked there I worked on a girl who did not like reflexology but preferred massage. She said she was not getting another treatment from me because I told her that I was going to put her in the hospital with this treatment and that I would torture her, etc. Other therapist as well as myself tried to explain how reflexology works. The appointment clerk told her to tell the doctor so he could fire me. He called me in his office and told me what the lady said. In addition, every other word that came out of his mouth was a curse word, [censored]hellip; this and [censored]hellip; that. I not curse or swear. Then he said, “Get out, you are fired”. His face became red and I felt that he was going to hit me as he got so violently angry. He opened the door, I walked out, sign out he then grabbed the paper out of my hand. I was saying something to a client that I worked on and he said get out and slightly pushed me on my shoulder. He accused me of not wanting to be there. If I did not want to be there, I would not have come back for the second time. The people loved me and my work and I loved them. Some of the clients that still go there calls me from time to time asking how I am doing?

I will NOT be abused on any job; I am too valuable a worker. No one should be abused at work or anywhere. I treated the woman the same as I have any other client and I will continue to do the same and ask the same questions as I have always been doing for the past twenty-three (23) years. For those who would like proof, I have worked on thousands and thousands of feet, you can interview any you wish from newborn to 93 years old. I love my work and I am good at what I do.

I worked two weeks adding up to less than ten (10) hours of pay and he refuses to pay me for the work I have done. This happened in February and he says that I am harassing him and his staff for asking for my check the few times that I called. He refused to give it to another worker or to mail it to me. That is what you call stealing from your workers. I just want the two weeks that he owes me.

Back 2 Back Chiropractic
0
%
Doing nothing would be this company's favorite pastime, if they had the energy for it.