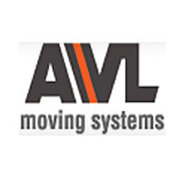 Having problems with AVL Moving Systems?

The movers did their job and it cost more than they estimated.

However, getting our furniture from our old place to the new place seemed very uncertain.

When I scheduled the move two weeks before the big day, I was told a time window between 8 and 10.

Two days before the move I got a call from a foreign speaking difficult to understand man telling me they were going to be here between 12:00 and 2:00. I told them that was supposed to be between 8 and 10. The guy was really rude and I didn't push it. It actually worked out better between 12 and 2 in that we didn't have to get up at the but crack of dawn to bring our cats to the new place. I got a call two hours later asking if they could come between 8 and 10. I had already changed the plans and rearranged everything so I told them I would stick to the 12 to 2.

The day of the move we got up to bring the cats to the new house around 9:00 a.m. We went back to the old place and waited. And waited. And Waited.

Around 1:45 I called the moving company and got another foreign difficult to understand guy with an attitude. He asked if I was moving from Escondido to Escondido. This wasn't terribly comforting and I told him NO. (We moved from Sunnyvale to Fremont). He put me on hold and told me the movers would be here between 3:30 and 4:00. I raised my voice and asked for an explanation as to why they weren't coming between 12 and 2. The guy lied to me and told me that he called my cell phone and left a message. I told him that my cell phone had been glued to me all day long and that even if I missed the call it chimes at me constantly until I pick up my voice mails. Then he told me that he didn't have to put up with my attitude and that just because he sounded like "the other guy" didn't mean that it was the same guy. He then said that if I didn't change my attitude, he would cancel our move. Then he proceeded to yell at me! I told him to stop yelling at me. I was wanting an explanation. He confirmed 3:30 to 4:00.

I immediately called my contact person and explained what was going on. He wasn't much help. I then called the 800 number I used when I originally contacted them. I got a nice lady and she knew who was the guy I spoke with and explained that some people should not be answering phones who don't have customer service skills. She was quite receptive. Okay. So now it's 2:30 and we wait an hour. She said she was at work until 5:00.

4:50 I called her back and said they still hadn't arrived. She took my number and said she would call me back. 5:00 she called and said they were on their way. They showed up at 5:30 PM. A small truck (think Uhaul) sized. They guaranteed one trip. I insisted they didn't charge us for the travel time and they agreed. Especially considering they were going to be traveling up 880 during commute time!

Will I use them again? NOPE!

Update July 7, 2010: On July 1 I wrote the company telling them how upset I was and how awful my move was. I was contacted by someone on July 1 and was told that "within 48 hours" they would get back to me. Well, surprise... no word. When I returned to our old place to clean I found the movers left behind a big bundle of cardboard and a huge ball of used packing tape. They said they would be back to pick it up. It's still there. I am going to have to pay the city trash company to haul it away for me.


Update 07/12/2010: I received an e-mail from AVL today: "The ownership group has declined any refund to you, as you posted negative reviews online. Just a note in the future, you may want to get your refund before you post negative reviews, as you have removed any motivation for the company to assist you at this point."

What a horrible way to do business.

The complaint has been investigated and
resolved to the customer's satisfaction
Resolved AVL Moving — Inefficient and costly. Scam of packaging.

I hired AVL moving as movers. I initially hired 3 people for move as suggested to me by the agent on phone (he was proffessional though). When they arrived 2 hours late then time given there foreman ask me that he has one more man and he can offer me service of 4 man in 99/hour (instead of 79 for 3) and he stated that it will save me 4 hours. Before they start anything he asked me to sign certain document and I trusting them signed it but as they were waiting for my signing I was phised. After that they took very slowly to pack all stuff. One time all four people were packing one thing just wrapping bubble wrap and surround wrap. They took more than 13 hours to move 3 bedroom house and in that they did not fit in all furniture ( they state that it will fixed in one round) As inefficiently they packed and wasted time to charge me overtime I guess.
When it was moved while moving they cracked my door panel from dolly. They dump my boxes in one place in garage so now I have to take them to different room and one wardrobe box which belong to garage they placed it in Masterbedroom. After paying 2600 bucks for local 15 miles move not all my things were moved neither they were placed correctly.
I'm disappointed by them. Would not refer to anyone to hire them if hire then upfront make agreement of charge.

AVL Moving Systems
100
%
This... this rating shouldn't even be possible. Not every mother cares about her own children how this company cares about their customers. Perfect!