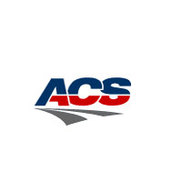 Having problems with Automobile Consumer Services?

Automobile Consumer Service Corp. — Stick to the dealer when getting a warranty

The EGR cooler went on my Ford deisel. I went to my mechanic and he called ACS to check on coverage. My contract clearly reads EGR valve is not covered. EGR cooler is an entirely different part of the vehicle, it cools the gas going INTO THE ENGINE. They refused coverage stating this was part of the EXHAUST system. I called Ford, they told me it is not part of the EXHAUST system. My mechanic told me it is NOT part of the EXHAUST system. I paid $3051 to ACS for "Peace of Mind for that next bump in the road." My cost of repair will be $1400, which should be covered. Their contracts will get them out of any repair they want to avoid paying. You could almost say the gas tank is part of the exhaust system, because the fuel eventually winds up there. It is my belief this company is run by absolute crooks. Ask an employee for their last name when you call them and see what they tell you, yet they have my last name and address. Stick to the dealer when getting a warranty.

After several years of service with ACSC (Gold Key Warranty) and having served as a senior member of managment, I was fired for what they called "insubordination". The Director and the "Claims Appeal Board" turned down 2 individual claims that were rightly justified and should have been paid to the two customers. When the customers called to inquire as to "why" their claims had been denied, I found no reason whatsoever to justify the denials. I rightfully approved the claims and processed them for payment. The next day I was terminated upon my arrival to work without question or inquiry. When I asked why I was being terminated, the only response given me was that I overturned a decision that was made by superiors and the "Claims Appeal Board", regardless of the facts that the claims were wrongfully denied and should have been paid! I cannot stand by and let claims that I know are rightfully justified and warranted, to go unpaid to the customers. I have personally heard the Claims Director give direction to deny rightful entitlements over and over again, and I have reported this to the CEO of ACSC who in turn condoned the wrongful actions and refused to act responsibly and ethically in spite of what the customers contract authorized. I have directed Claims Adjustors, numerous times, to pay claims rightfully due to the customers and this has caused great conflict and tension within the claims department and company wide. I assured the Adjustors they could not be fired for doing what is morally and ethically right AND legal! (I was obviously wrong) as I was terminated for that very reason. I welcome any Attorneys, press, and ACSC customers (past or present) who wish to learn about the foul unethical practices and gross lack of qualifications the CEO and staff possess. ACSC has very poor protocol and severly lacks the technical qualifications to conduct "fairly" the very business they practice. The "Claims Appeal Board" consists of 3 members with NO certifiable mechanical experience whatsoever! The Claims Director is one of the 3 members who sits on the board and also denies the customers claims. (This sounds like a conflict of interest to me). This now translates to only 2 members left of which the, also, unethical CEO (as stated above) is another board member! The remaining board member is in "sales" & "customer service". These 3 people make up the "ACSC Claims Appeal Board" (it sounds fancy and professional...but not really)! Their "unheard" motto is: DENY IT! IF THEY GET A LAWYER AND FIGHT IT, THEN WE'LL OVERTURN IT! OUR JOB IS TO DENY CLAIMS AND GET OUT OF THEM ANY WAY WE CAN! (I've heard this said many times). In closing, ACSC does everything they can to get out of paying claims. They "play on words", stretching contract wording to absolutely ridiculous lengths and they write their Gold Key Contracts in such a way that is not only a discrace to the professionals within this industry, but is completely contradictory and mechanically incorrect and impractical! Thats what happens when you have people running a company and writing contracts and policy that have absolutely no qualifications to do so. Since my termination, ACSC now has (ZERO) ASE qualified personnel. In other words, that company and the decisions they make, the contracts they write, and the policies they set are done so without any technically qualified personnel. Ignorance doesnt even begin to describe the "leadership" of this company! ACSC is, without a doubt, the most unethical, unprofessional company I have ever worked for. I welcome anyone who wants to know more about this company's unethincal practices. I am now without a job, but maybe now I'll sleep a little better at night. I have been embarrassed to be part of this company, because of its ever increasing decaying reputation.

Automobile Consumer Services
Doing nothing would be this company's favorite pastime, if they had the energy for it.