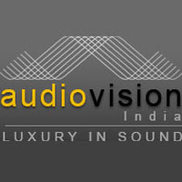 I found an advertisement "5 TV's for sale" at a very competitive rate in the internet and subsequently phoned the V&A Audio Vision store whether they still had stock. Max confirmed that they still had 2 units available. I said that I would come immediately - a 20 minutes drive - to buy them. When I arrived at the shop some 1 hour later, he greeted me friendly and showed me some other specials in the shop. Then I asked him to get the units for me. Shortly afterwards he returned and confessed that the shop still had stock but that that stock had not been earmarked for the special, which had run out last week after all 5 units had been snapped up. When I spoke to the manageress, Yolanda Jacobs, she confirmed it and did not honour the agreement with the shop which had made me come to the Waterfront. As his word should bind the shop, I believe that they committed an offense. Ms Jacobs then said that there was however another special - signifinctly more expensive than the promised TV's. and she would "see what I can do". She then offered me a discount of less than one percent. I told her that that was insulting. Very, very bad service indeed! They don't own up to their promises.

AudioVision India Pvt. Ltd.
100
%
This... this rating shouldn't even be possible. Not every mother cares about her own children how this company cares about their customers. Perfect!