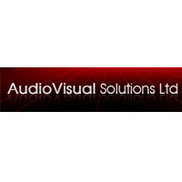 Having problems with Audio Visual Solutions?

Churches Beware! A company called Audiovisual Solutions is on the prowl ready to take your churches audio visual budget and run with it. I have personally seen stacey white (who is the president) steal AV equipment from one church and sell it to another in more than 10 ocassions. He always finds a way to get the last money out of the church by swindling the pastor into paying early then disappearing.

As far as employees are concerned, employment is not an option because he will eventually make you work for several jobs then he and amanda duke (whose is the vice president) doesn't pay you. Eventually they disappear. So far there are 5 employees owed at least $4,000 dollars in back pay and one who's hospital bills were never paid for an on the job incident.

Contacting these people have come to deaf ears.

Audio Visual Solutions
0
%
Doing nothing would be this company's favorite pastime, if they had the energy for it.