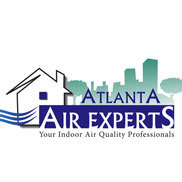 Having problems with Atlanta AirExpert?

Below is an email I sent to several departments in Sears. I did get a call back and explained the issue and said that I would be given a $100 gift card. I accepted the gesture and got airduct cleaning done somewhere else. I never received the gift card. Sears is a very dishonest company to deal with and the customer service by their contracted companies is horrible. I have tried every avenue to get someone to listen to me but have had no luck. I have turned to Social Media.

I am very upset with the way I was treated by Sears! I scheduled an appointment for Duct Cleatning and was given a window between 12-8 at 7:00 they called me to cancel due to a big job they had before mine. I understood and made arrangements for the following Saturday to be the first house of the day. I confirmed my appointment the day before. I called Saturday at 9:30 to inquire where they were and said that they tried to call me and I did not answer so they sent them to another job. I was extremely upset and explained to the guy I confirmed my appointment the night before. He then said that they will be at my house next. They called me at 3:00 the same day and informed me they were on their way. I called back at 5:00pm and told him they were still not there. he then had the technician call me who said they were about a mile away. After they arrived I showed them all the vents and he said
that they were not able to start the job because it was to big of a job to start this late in the day and that they will come out next
Saturday in the morning. I agreed with them and said ok. Next Saturday came and no call and no response. Now I am really aggravated with this whole process. They showed up to my house knowing that I had 18 vents to be clean. Why show up and tell me you don't have time to do the job. Something is just not right. I don't know if sears contracts out to other HVAC companies but if they do these guys are definetly not responsible. I did my part and confirmed and to this day I still do not have my vents cleaned. Now I don't know if I want to pursue getting them cleaned by what I thought is a reputable company. Please send this to upper management to call me to discuss a resolution!

My family moved into a new home during the summer. We decided to have the air ducts cleaned because the house had be vacant for more than 6 months. We called Atlanta Air Experts to perform the service. According to the coupon they offered a Deep System Cleaning that included unlimited vents & returns, detailed furnance cleaning and full ducts sanitation. The service technicians tried to upsell and include an ultraviolent light that allegedly killed any foreign products in the HVAC unit. I refused this product. So the technician proceed to clean the HVAC return vents only. They did not remove the vent covers to clean the output vents. I called Atlanta Air Experts again. The same service technician came back to the house. I asked him to clean the output vents again. When he removed the covers to two output vents (one in the floor of the dining room and family room), we immediately saw dirt in the vents. The technician said they did not clean the output vents. However, the coupon for the Deep System Cleaning states "unlimited vents & returns". Three months later when I changed the air filters in the HVAC system, there were large clogs of lint on the air filter. I have called Atlanta Air Experts several times trying to get them to properly clean the output vents. To date, they have not followed up and cleaned the output vents.

Called Air Duct Cleaning [protected] begin_of_the_skype_highlighting [protected] end_of_the_skype_highlighting) to have my air ducts, blower motor, and coils cleaned. Was quoted $49.99 with my coupon for the air ducts and $60 for the blower motor and coil. (Normally it is $120, but with the air duct cleaning it was 50% off). Once the Russian came out, he added up all of my vents and said the coupon only covered one main duct and one register. Apparently, I have three main ducts and two registers. It was an additional $55 for each main duct and $25 for the additional register, he agreed to do it for $160. When I asked about the blower and coil cleaning, he said he would look at it. He never did. Additionally, he used all three of my spare filters. If you have spare filters HIDE THEM! And they WILL dirty the one currently in there.

By the time he left the main office was closed. When I called the next day and spoke with the manager he said he could have his guy come back out and do it for $120. I told him about the filters, he offered me $90 for the job. I told him that was ridiculous and it shouldn't be any more than the originally quoted $60. He hung up on me. When I called back and asked if he normally hangs up on his customers, he said only if they yell at me or say something I don't like. After not getting anywhere with the guy, I told him I was going to file a complaint, and he hung up on me again.

Customer service is not great, I don't think this company has ANY repeat business.

The last three months I have had large pay per click bills with a reduced or no calls for weeks at a time. The click charges were only 59% to 75% of my budget last year but now with little or no phone calls the budget is exceeded each month now. The click report is of little use because you do not know who cliked on you.

Atlanta AirExpert
25
%
Not bad, but could've been way better. This company does respond, but not as often as you'd expect them to.