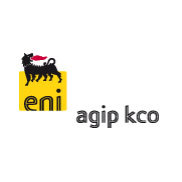 Having problems with Assago Milanofiori?

Having worked tirelessly for a global oil and gas project for five years in various parts of the world, the net result for my efforts was to be subject to intimidation, embarassement, humiliation and discrimination by AgipKCO. I was given a notice of termination by AgipKCO and despite my hard endeavours to get a further placement on the project, this was dealt with by consistent discrimination against my job applications having all the correct credentials for the work; and further, having actually performed that same job in the UK, which was to be transferred overseas.

Alot of people work through specialist recruitment agencies placing people in various oil companies or contractor companies on a global scale. In my case, I was hired through an agency, who is also accused of malpractice, abuses, breaches and violation of their own codes of conduct, as well as their supposedly professional trade bodies and that of AgipKCO. This agency destroyed my life, my reputation, caused me to lose over half million pounds in earnings, caused my marriage breakdown and put my elderly mother in hospital on three occasions owing to the stress and anxiety caused. They have been deceitful and dishonest in all their dealings.

The agency having received information from AgipKCO HR department of my new offer failed to communciate this to me on a timely basis and with only one hour to go to the prescribed deadline for the offer to expire, only then informed me of the offer and they did not even stipulate that a deadline was given by the HR department- end result - notice of termination by AgipKCO since the response was not forthcoming within the 24 hours allotted to reply.

With continuous pleadings and pleas from my part to AgipKCO that this was entirely the fauilt of the agency, the head of HR blatantly refused to speak with the agency to sort matters out which they could have readily done - further, AgipKCO intimidasted me, humiliated me and embarrased me in fron oof others by escorting me to the door.

Despite continued applications for other positions within AgipKCO, they have continuously refused to acknowledge my applications and further to considefr me for such positions despite my excellent credentials and qualifications after some 25+ years in the industry.

AgipKCO are a heartless, uncompassionate organisation, which also robbed me of tens of thousands of pounds in allowances/fee owing to me - they have blatantly breached and violated their own Codes of Practice document which is signed by their managing director, Umberto Carrara, which expressly calls for fairness, fair play, moral integrity, respectfulness, transparency, policy of non-discrimination, non-harassement and the such like virtues - through my own experience, none of this is true and was abundantly demonstrated in their reckless and lawless behaviour toward me, as with others.

A company such as AgipKCO sells all these virtues to other companies and countries in order to win big contracts, but the bottom line is that when it comes to caring and looking after those professionals with industry experience and serving these organisations for their own prestige and esteem, we are treated like dirt.

Anyone reading these words will think this is just a simple complaint- please believe me when I say that since my termination of early 2009, I have not been able to secure a single job for a year now owing to the gross negligence of the agent involved causing my reputation to be damaged and the discriminatory attitudes of AgipKCO - they whole episode has left me virtually penniless, not knowing how I am going to pay the next set of bills coming all the time, similarly, it has caused so much stress ansd anxiety for everyone concerned.

I tried going to law, but the law only works for you if you have the money to fight and even trying to get help through legal aid or other channels; no one really cares

I despise AgipKCO for what they have done and how they have behaved without care, and without compassion. No one should deal with this company at all as they are not sincere and true in their ways.

Assago Milanofiori
0
%
Doing nothing would be this company's favorite pastime, if they had the energy for it.