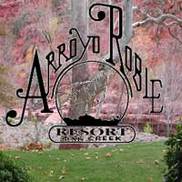 Having problems with Arroyo Roble Resort?

After listing my timeshare on Craigslist for rental in June, 2010, I received an email via Craigslist's anonymous reply method that I thought was a legitimate reply; instead it was an agent for Meridian Media Group. Very charming, persuasive sales person there, but (BIG mistake here) I did give them my cell phone number and email, even though I canceled my sales deal with them due to large up-front fees. Since then, I have been besieged with daily and weekly calls from timeshare sales people at all hours of the day, even weekends! I have submitted also a complaint to the Better Business Bureau of Florida regarding this company. Very unscrupulous. I give out my cell phone number to ONLY trusted friends and relatives and it's on the "No Telemarketing" national call list. STAY AWAY FROM THIS COMPANY!!!

Arroyo Roble Resort
100
%
This... this rating shouldn't even be possible. Not every mother cares about her own children how this company cares about their customers. Perfect!