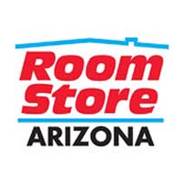 Having problems with Arizona RoomStore.?

I bought furniture set from the company Room Store Furniture. I placed the order in November, 2014. I waited 6 months and still haven’t received my order. Each time, the rep provided new promises and excuses. I was sick of them and asked to return my money back. The rep refused and after that moment I haven’t heard from this jerk. They are liars and scammers, and I want to find other deceived customers, who lost money. Please we need to stop this company and return our money. Post your comments.

Defective piece with no cust support

We purchased what appeared to be a "leather" dual recliner with a section in between with remote storage and cup holders. The salesmen did not bother to tell us the return policy has to be initiated within 5 days including the delivery day for a refund. One of the recliners does not meet or join with the mid section and is not correctable in any way according to the technician. They offered to replace the section on the right because of the connection and the leg rest which does not come up when you recline nor does it stay up with any minimal weight on it. The replaced section does not match the rest of the piece in color or height. While they may be the largest retailer of furniture in the state of Arizona I am pretty sure they're not doing this with repeat business. My advice is to find someone on a local basis and buy from them. They might just care about repeat business and give you proper customer service for any defects.

Purchased a sectional for our living room, was told by the sales person because we were not sure if it would fit, that we could have it delivered and if it didn't fit to call and they would pick it up within 5 days. Called the Room Store the next day and told them to come pick it up. They picked up the furniture but didn't return all the money charged a delivery fee which we were told that the delivery was free and wouldn't cost us a dime. The sales people are very pushy and lie to you about what the charges are. If I was told that I would be responsible for the charge we would have never tried the furniture at home as the salesman said we could at no cost.

Won't stand behind their furniture

I bought a whole living room set with wood end tables and a couch table. I really liked the couch table...

Went to the roomstore because I saw a specific sofa in a specific color I wanted. Told the salesman I...

On 12/12/2011, the business filed for reorganization under Chapter 11 of the federal Bankruptcy Act, case# 11-37790-DOT. This permits the business to continue to operate with court supervision while developing a plan of reorganization. Those with monetary claims against the business are advised to obtain a Proof of Claim form by writing to US Bankruptcy Court Eastern Disrict of Virginia 701 E. Broad St. Richmond VA 23219 for resubmission to that court. The case number should be entered on the form. Claims must be submitted by 03/30/2012

I am so upset!!! I was looking for a customer service website, complaint board or hotline for assistance with...

I purchased a Living Room Suite from the Room Store in Fayetteville, NC. After waiting for the Love Seat to...

Bought the Dining Room Table March 29, 2008. After owning the table for less than 1 year, one of the legs broke ( February 2009). My wife called the Customer Satisfaction Number (above), left a message. After three days with no response, I called them and sat on hold for thirty minute. I told the Customer Service Rep exactly what was wrong with the table. They sent a Service Tech to my house and he fixed the loose seats but couldn't do anything for the leg because the Customer Service Rep reported that the leg was loose. Service Tech stated this isn't the first time that this problem has happened. They called back and stated that they don't have any legs so they have to order a whole new table. They stated that it would be here on March 15, 2009. The date came and went and my wife called them to find out the status on March 17, 2009. The Customer Service Rep told my wife that they called and told us that the table wouldn't be until they end of the month. I called the Customer Satisfaction Number back on the March 18, 2009, talked to the Assistant Manager. She gave me an excuse, I told her that my table is being held together with duct tape and glue and I have a small child that hasn't sat at the table since February for fear that the table would break again. She kept going on with the excuse so I asked to talk with her boss. She stated that she would leave him a message (10:30 AM). At 1:30 PM, not hearing from anyone I called again and was told that the Manager was out but I could talk to the Assistant Manager. I had them transfer me but got her voicemail. I left a message that her boss has not called yet and left my number. At 3:45PM I called again, asked for the Manager and was hung up on. I called back once again, I told tham I didn't want t be put on hold and I wanted to talk to the Manager. Manager was on the phone so I asked for his bosses name and phone number. I was told it was the owner and they have no number but you could email them. They stated that they email would come to Customer Service and he would get a copy. After I received all of that information, I asked for the Manager. He was still on the phone, so i received his voicemail. I left the message. As soon as I hang up, a Customer Service Rep called, she stated that they now have a new leg and they can be out next week Tuesday to fix the table. While I was talking to my wife about this, the Rep stated that they have one opening tomorrow. Would we like it? My wife being feed up with the whole issue and them said ok. Ten minutes after we hang up, the manager calls. I started with the complaints. When I pointed out the horrible service, he stated that if his Reps say they called us then they did. I also was informed that he doesn't return any phone calls before 5:00PM. When asked why your assistant didn't inform my of this, he couldn't anwser. When asked why I was hung up on, my Reps told him that they didn't do that. I asked about the leg, they get stuff being sent back from and they took it from that.

Bought two bedroom sets for my kids from the Room Store. After far to much shopping around "for a guy" we settled on the room store.Very friendly sales people that gave us space and were helpful when we needed them. Paid for furniture Feb. 22 They say it will be delivered March 4. On delivery day- no call-no delivery. Im a self employed contractor ( lost 400.00-600.00) waiting for them to show.I call them.They changed delivery date but didn't bother to call.Now delivery is Saturday Mar 7.Damaged furniture delivered. Now delivery is Tuesday the 10th - no call - no delivery. ( I loose more money)I call. Headboards won't be in untll Mar 27. I tell them to pick up the parts they left at my house and forget about delivering anything else. I must contact the store for this.They agree to pick it up but want to do it on a Thursday (Like I can afford to loose more money in these tough times) SAVE MONEY OR VACATION TIME AND DON'T BUY FROM THE ROOM STORE!

This is a general alert, particularly directed towards military families (which accounts for most of Charleston).

Beware of buying furniture from The Room Store. While the prices are good for the quality of furniture, if you are military, you will find that it may not be worth it in the long run to buy from this company.

To make a long story short, my husband graduated from nuclear training in July. We were slated to move to Groton, CT in August, and ordered furniture from them that was to be shipped to our new house when we received an address for delivery.

Approximately 3-5 days before we moved, they called and told us our furniture had arrived -- in Charleston. We were asked if we wanted to take it with us. Of course we didn't mind, we had a 24' truck for our self-move and needed the extra weight. So we loaded it on the top of our old furniture and drove on our merry way.

We arrived in Groton, ended up living out of a hotel for 2 weeks. When we finally moved in and unpacked our furniture, all was well until someone sat down and the seam on the middle cushion of the couch quite easily popped (cleanly). This was not a tear, and since we had paid for the fabric protection and were told we had a one year warranty, we called to have this taken care of.

We were immediately told that our warranty was voided when we relocated the furniture. My husband called the store; at first they seemed helpful, but subsequent follow-up calls revealed that they were going to stonewall and claim no-fault for their failure to fully disclose what was happening when we accepted delivery and moved it ourselves. The manager I spoke to was quite rude and essentially told me he didn't have to help me. They had their money, they were done.

Edit : I forgot to mention that at one point, I did find a customer service rep who would have helped us out. Unfortunately, he informed us that The Room Store does not service our area. They were perfectly willing to sell us furniture and fabric protection plans, but were unable to back up their warranties to begin with.

I have since involved the bank that issued the card the furniture was paid with, and it looks like they are reaching a resolution by applying financial force.

However, I still advise anyone who is planning on moving -- even a block down the street -- to pass this store by. Their customer service is horrendous from the store level and up, and their policy is, at best, inane considering that this particular location is right in the middle of a community that moves often and at the whim of our government.
Please pass this story on and prevent The Room Store from scamming any other families who already struggle to save up for new furnishings while dealing with long work/training hours, deployments, and/or a modest paycheck to get by on.

Arizona RoomStore.
0
%
Doing nothing would be this company's favorite pastime, if they had the energy for it.