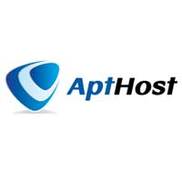 Apthost dragged out our problems for over 4 months, they continued to charge us full price despite not being able to deliver what they promised. When we told them we weren't paying another month until they delivered on their service, they discontinued our service and wiped out our files and thousands of hours of work by our team in trying to configure THEIR server. They did not give us access to update CODECS or configure the server to work with our files.

They were rude, and told us we were 'on your own' -- Not only have we lost 4 months of fees at $124 per month, but thousands of dollars in wasted time trying to fix their problems. I would never use them again, nor would I recommend them for even the simplest web sites. I'm going to try and chargeback my credit card!!!

AptHost.com
0
%
Doing nothing would be this company's favorite pastime, if they had the energy for it.