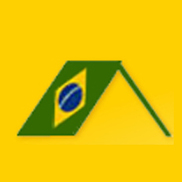 Having problems with Apartments in Rio?

Use this comments board to leave complaints and reviews about Apartments in Rio. Discuss the issues you have had with Apartments in Rio and work with their customer service team to find a resolution.

This community the park at the rialto is full of gang stalkers. They have harassed, broken into the apartment, planted spycams and bugs, attempted poisoning, and used emf to attack. They harass on the streets following in black to white vehicles. Sometimes colors varies depending if you're aware of what's going on. The same people are every where I go. They have violated my bill of rights. Invasion of privacy and defamed
My name. These actions has led some individuals to suicide even murder. These gang stalkers are paid to harass individuals with gift cards, money, cars, rims, electronics, etc. Not knowing that they are harming their families as well. Sending electromagnetic signals not only harms the "targeted individual" but other humans in the vicinity as well along with themselves. Dummies, money is the root to all evil. And this community is full of evilness and demons, not only this community but the ones in front, behind, and beside as well. It must come to an end,,,, now.

Apartments in Rio
Doing nothing would be this company's favorite pastime, if they had the energy for it.