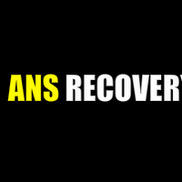 Having problems with ANS Recovery?

On Oct 12, 2007 My boyfriend had his car repossess by A N S Towing sent by Condor Capital and I am the co-borrower it's understandable that he was late with the payment, however he always paid and the vehicle does not run the transmission has been damage since we bought it in 2004 to make matters worst the dealer we bought it from is out of business any how after paying this vehicle for so long condor capital was under the impression that these could make money by repossessing this van no no no it does not run.

You lucky we are decent people and care.

We comply with condor capital requirement and these sent the release to ANS towing Irvington NJ 07111 However, when i first made the call to ANS Towing i was attempting to collect the information from a young lady as i was writing the requirements she was dictating "I said hold on repeat that for me. " She got angry and said no you hold on and started to call me names she call me ### and some.

So, I said what you called me i was in shock i could not believe her attitude it's bad enough i was having a bad situation and on that i had to deal with arrogance and ignorance lack of profession from a company staff, So i hang up cause i just could not handle it. I call back this other lady answer she said she was bernadit and as iam explaining my situation the young lady i spoke to the first time was screaming in the background that i was a ### and really determine to harrassme I was told by a staff at condor to speak to Joe oh lord i just wanted to melt this man was the worst person i had spoke to. The mistreatment will remain with my person for ever i don't know if customer service exist any more but these people need anger management, schooling & some.

These kept charging more and more.

I just must say people like this that knows they can get away with things and harm others, These makes decent people want to turn just as bad. sad but it's real.

Anyways On Oct 25 2007 I went to A N S Towing to pick up the van with my boyfriend and a tow truck cause the truck does not run and better believe it these young ladies had something to say with a evil vengeance unreal it was like a war and unknown enemy and its sad cause I told them how decent iam and that these had no wright to curse me out like that. I got angry and reacted but never cursed not to there level no.

Is this something i can some how file a complaint i believe these young ladies needs to be stop and the company for allowing such mistreatment and to pay these for it lord have mercy.

I was under the impression that the repossession was to be dealt with peace I mean if you are civilized and if someone should be angry is the one that lost the property not the one that gains it I guess these realize there was no money to be made by them or partners at crime.

Well i got the property back and will pay my debt but for those that will go to this company be prepare cause your not going to be able to control emotions I hope the better business bureaus does something before someone goes mad.

Sincerely the strong one

ANS Recovery
0
%
Doing nothing would be this company's favorite pastime, if they had the energy for it.