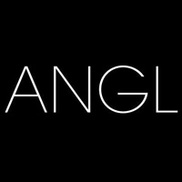 Having problems with ANGL?

I used to love shopping at this store because they had cute clothes at reasonable prices but I will never shop there again after a recent experience I had there. I purchased a $32 dress there but after this purchase I took a closer look at the dress and noticed it had stains all over the back of it. When I went back into the store to exchange the dress for one without stains, the manager was extremely rude to me. She told me it was "my fault" for not noticing the stains in the first place and that even though the tags were still on the dress and it had clearly never been worn before, it was "my problem." Needless to say, i was livid after she refused to exchange the dress for me, so i left the store feeling like i had just flushed $32 down the drain, which is a big deal for an unemployed college student. Later that day I called into the store the manager answered the phone but when I asked for the phone number to their corporate headquarters, she hung up on me. I immediately called back and an employee answered the phone, telling me the manager had gone home for the day, which i did not believe for a second. Never the less, i asked the employee for the store's corporate headquarter phone number but she said she could not give it to me because the employees were forced to sign a memo stating that they would never give the number out. This store not only treats their customers like crap, but they don't even give you a way to file a complaint about them. If you insist on continuing to shop at this store even after hearing about this horrific experience, make sure to check your clothes thoroughly before you buy them because if you take it back in to exchange it, they will be less than helpful. I will never shop at this store again and will tell all of my friends never to shop there as well.

ANGL
100
%
This... this rating shouldn't even be possible. Not every mother cares about her own children how this company cares about their customers. Perfect!