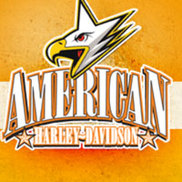 Having problems with American Harley Davidson?

I just bought a my 2020 CVO 117ci Street Glide and am having problems seeing my instrument panel during...

The paint on fork cover on one side is peeling off . I only use Dawn to wash my bike. You can clearly see its a paint problem where it probably wasn't sanded before painting and paint didn't adhere. After talking to Lone star Harley and customer care I have as told it a owner problem to fix. This is my third Harley and probably my last if they don't take of their problem. I have talked to paint and body shop who say it's definitely a paint problem.

I purchased a brand new 2011 Harley Davidson CVO Softail Convertible at Oakland Harley Davidson. The main issue that I'm STILL DEALING WITH since 2013!! is that when I ride my bike the left or sometimes both INDICATOR signals (the signal that flashes on MY LED strip that's located below my speedometer that tells me if my signal(s) is on or off is still not functioning after years of constant repairing from Harley Davidson factory and through the extended warranty program by replacing my bike with 4 to 5 harnesses and I had also purchased TWO extended warranty programs sold to me in the amount of over 4K by Harley Davidson. And multiple dealers in NorCal and now in SoCal and they STILL have not been able to repair it after all these years of it constantly failing. They figured that perhaps it could be a circuit in the speedometer was at fault so they replace that with a brand new one. That lasted about a little less than a year before the signal failed again. SO, then they replaced it with yet ANOTHER! new speedometer which lasted yet about another year!!!, Now it's obvious it's not the speedometer that is at fault, but when I took it into Glendale Harley they said they need to REPLACE the speedometer for the THIRD TIME !!!so that they would get paid. But now a new speedometer for my bike is OBSOLETE! They informed me that the can get every model and year speedometer for all Harleys EXCEPT MINE. They told me that they cannot do anything more after it was at their shop for over two months. and I ended up even having to pay out of pocket even more money since Harley company wouldn't pay Glendale dealership a dime. I paid $120 and had it towed back to my garage, and there my 40K Harley sits, since I still don't have a functioning left signal light indicator and I am not going to drive it and break the law, but worse yet endangering my life and others including other motor vehicles and pedestrians. PERIOD!! All That I ask for is to have my electrical issue with my left turn signal diagnosed and fixed. No other Harley Davidson shop wants to touch my bike now since they won't get paid. My only option now is to go to a private Harley shop and pay LOTS of money in order to get it diagnosed properly which should have been done and fixed years ago. My gas lamp on my speedometer also glows yellow (empty) with R-LO (reserve ) even with a full tank of gas too!!! They still haven't been able to fix that for years either! All that I want as I mentioned above is to have my bike diagnosed and fixed properly!! I Have not yet contacted the DOT NHTSA (National Highway Safety Administration) or the FMVSS (Federal Motor Vehicle/motorcycle Safety Standards) as of yet. Since I was hoping that the California of Automotive/Motorcycle repair Dept. of consumer affairs can reach out to me and resolve this issue.

I was on holiday from the UK in New York early September, I visited the Harley-Davidson store on Lexington Ave to purchase some T shirts and some new sunglasses,
I went to that store a few years ago and purchased sunglasses from them so decided to get some new ones, the staff in the store were very unhelpful, I asked one of the shop assistants about the T shirts and she didn't really want to help and went back to leaning against the wall and playing with her mobile phone, I chose two T shirts that I wanted then went on to look at the sun glasses, I tried on the ones I wanted and I asked if they were reacterlights, the assistant told me they were all reacterlights, I was paying for all my items and again asked if they were definitely reacterlights and again was told they are, I was so disappointed to be back in the UK to find that they were just clear glasses which are totally useless to me, I love Harley Davidson products, I've had a Vrod, A Deluxe and last year purchased a brand new breakout, I have tried contacting the store 3 times and they haven't come back to me, I know that they are probably franchises but its your name above the door and your reputation

I bought my first new HD Street Glide 6 months ago. A 2017 Special. Love it, except that the seat retain...

American Harley Davidson
Doing nothing would be this company's favorite pastime, if they had the energy for it.