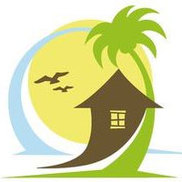 Having problems with Aloha Vacation Properties?

OWNERS BE WARE!!!
If you're looking for a property management co. in Maui, AVOID THIS ONE!!!
We own a condo in Kihei which is a vacation rental. After getting nickeled and dimed for two years by the first management co., we decided to look around. We got hooked up with this guy in April 08' by recomendation from the person we bought the condo from. He did pretty good with the bookings and upkeep, however at first we only received rental money when I actually went over to the island, about every 3 to 4 months. I requested that he send a check each month, which is standard. We received one or two checks which were late, and then he started slacking off. We got promise after promise and excuse after excuse. Then the rubber checks started coming. We patiently put up with this for a long time and then when giving him a mild ultimatum, he resigned. Having not received any "real" money from him since March this year, he now owes us over $11, 000. As we suspected, he used our money for his own personal needs. Guess he figured his financial needs were more inportant than ours. BTW, he did the same thing to the person who recomended him as well, only in the amount of $50, 000. NICE GUY!!!

Aloha Vacation Properties
Doing nothing would be this company's favorite pastime, if they had the energy for it.