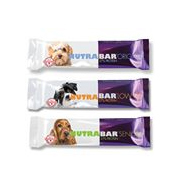 Having problems with All American Pet Company?

This "Cutest dog competition" supposedly offered an Ipod nano to their "Daily contest winners". My dog was shown on their website and won a daily contest for cutest "Big Guys, Little Guys" and never was any winning ipod sent nor any communication from the company to us! This was certainly just a big scam with no intention of honoring their claims! Don't bother people, this is phony contest!

All American Pet Company
100
%
This... this rating shouldn't even be possible. Not every mother cares about her own children how this company cares about their customers. Perfect!