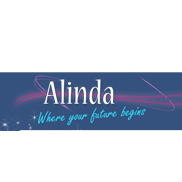 I am Alinda and I have read the several accusations regarding myself
I have never heard of Trae Dorn or any of the other people mentioned.
I certainly don’t own hundreds of spell sites either! Also calling me a fake
Celebrity Psychic is ridiculous, as legally I am not allowed to mention
TV and Radio shows I have been on unless it’s true!

I have written and contributed to books and magazines too!
I have recorded proof of radio shows and printed matter from books.
So if any person is reading this and needs proof, all they have to do
Is ask for the BBC archives and I will give permission for them to see my evidence,
or for e.g. one of my radio shows I did for the Hollywood Oscars and a phone in
on LBC radio which I have a copy of the recording.

I can only think it might be someone who was fired from my company or another competitor,
as I have been told that there are some competitors who like to try and ruin a perfectly legitimate person hoping they
will gain some more business.

It’s sad to think there are people out there like that, when we should all be really
trying to help one another in these difficult times.

Alinda.co.uk
0
%
Doing nothing would be this company's favorite pastime, if they had the energy for it.