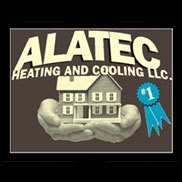 We received a phone call from a call center for this company offering a "special deal" for residents in the area. We agreed to accept the "special deal" where the company to provide both a winter and summer servicing of my unit. The winter service technician (let's call them Billy) found a wire that was "of insufficient size" which was causing damage to a part in the unit. The technician said if not repaired right then, it could cause major problems or damage. Being dependent upon Bill's expertise, honesty, and the reputation of the company they represented, we paid a bill of almost $300.00 to have the items repaired. When it came time for the summer service, we called the company and, again, Billy came to handle the scheduled "service". Although we had experienced no problems, Billy found a "major problem". In order to verify that his testing equipment was operating correctly, they called in a second, more experienced technician. The new technician (let's call them Bobby) said he tested the problem with two (2) separate pieces of equipment and verified the problem that Billy had found. The repair costs were extremely expensive for anyone, much less someone of limited or fixed income. Of course Billy, the first service technician, disappeared and the second technician, Bobby, became THE CLOSER. They were very sympathetic to our situation and began crunching numbers for various scenarios to "help" us out. When we held back and said we were going to get another opinion, they even resorted to flirtations and complements to us and other family members to get the contract for the necessary repairs. Finally when leaving, and even later in a phone call, a special deal was offered by the company rep. for the repairs but only if we agreed to the proposal right then. The next day we called two (2) other repair service businesses to check the system out. Both said nothing was wrong with our unit or the system. Beware!

Alatec Heating & Cooling, LLC
100
%
This... this rating shouldn't even be possible. Not every mother cares about her own children how this company cares about their customers. Perfect!