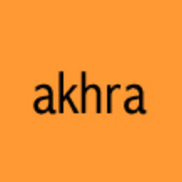 Having problems with Akhra: the dancing grounds, inc.?

The complaint has been investigated and
resolved to the customer's satisfaction
Resolved Anikaya Arts & Vox Populi Entertainment — Fraud, Cheat & Non Payment of Dues

Leading Jharkhand’s folk artist - Mukund Nayak’s sons - Nandlal Nayak and Praduman Nayak, who are the director & producer respectively, of a feature film titled SAHIYA which has been in production since April 2006 are about to be summoned to Mumbai for investigation. SAHIYA, the film was shot in May 2006 to June 2006 in the village Gangahaat, near Ranchi. The entire production team, the workers, the artists all had come from Mumbai totaling a 80 people.

Even after three years, now in 2009, the production team and the daily wage workers are still awaiting their hard earned payment of Rs.26, 00, 000/- (Rupees Twenty Six Lakhs only). After having followed up with Mukund Nayak and both his sons, for over three years, the production controller of the film, Honey Singh Chandok and others have filed a case against the two brothers - Nandlal Nayak and Praduman Nayak for having not paid the dues, threatening the workers with dire consequences and not complying with the agreements which were drawn in 2006 and 2009.

The Nayak brothers did what fly by night filmmakers do - hire workers and make the film and then do not pay. All this was done with the help of their close associates namely Mahendra Batra, Jai Ram Mahto and others. Nayak brothers also did not pay Adlabs, which had confiscated their negatives since 2006. It was only recently that they made the payment to Adlabs.

After making a concerted effort to follow up with them, the production controller traveled to Ranchi last month where he met the Nayak brothers and their family members. But forget payment of Rs.26 Lakhs, they threatened him for life and he had no way but to return to Mumbai the very same evening. When he approached the local police, he was threatened again.

After returning to Mumbai, Honey Singh called all the 45 workers whose payments haven’t been made and together they decided that they should take the legal recourse which was the only way left to get their money back. In the first week of October 2009, a case was filed in the Civil Court of Andheri, Mumbai against Nandlal Nayak, Praduman Nayak, Mahendra Batra and Jai Ram Mahto.

As the workers feel that such acts of cheating and threatening should be dealt according to the law and that’s why the legal recourse.

Earlier on Nandlal Nayak has had more than a brush with the law enforcement agencies in India.

The following links of few newspapers in India prove the same:

Even earlier than this in his college days Nandlal Nayak has been sent to prison on charges such as sedition, waging war against the nation, as he is also allegedly involved with Naxalites (CPI-M) who are much wanted for their cold blooded murders and mayhems in the state of Jharkhand.

The latest news of Sahiya (the film) which has been re-titled to avoid all dues to CHOTI.

Akhra: the dancing grounds, inc.
100
%
This... this rating shouldn't even be possible. Not every mother cares about her own children how this company cares about their customers. Perfect!