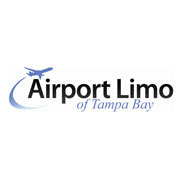 Having problems with Airport Limo Of Tampa Bay?

On October 2, 2007 I called the company to inquire about taxi service to and from the Port of Tampa The gentleman I spoke with said that he needed specifics to quote a rate My pick-up was to be on October 4 2:30 pm at home going to Port of Tampa The return trip was to be October 8 8:00 am from Port of Tampa to home I was quoted $64 each trip I decided I would make reservation I gave him numbers from the front of my debit card and he asked for 3 digit pin from the back of card My card didn't have a 3 digit code on back He said he could not confirm reservation without code He absolutely had to have it to do anything I told him I would call back I called my daughter, she works at bank She said code must have rubbed off and only way to get new code was to order new card Which wouldn't arrive for 10 days I made arrangements with my daughter to take me to Port of Tampa I called Airport Limo and explained I could not get a 3 digit code and would not be able to reserve pickup I questioned him about that I provided my debit card information and he was adamant that he could not charge account without the code On October 4 my daughter took me to Port of Tampa She received call that a taxi was at the house for me That same day 2 debits for $64 went through my account I didn't find out until I returned October 8 On October 9 I filed through my bank to dispute debits I called Airport Limo spoke with same man regarding earlier conversation and told him I filed a dispute He laughed and said I could do anything I wanted because they already had my money On November 15 Airport Limo gave bank copies of reservation confirmations that said ALL CHARGES ARE NON-REFUNDABLE and told bank that I was considered a NO SHOW The documents provided were never seen by me because I didn't make reservation because I didn't have the 3 digit code and I don't have a fax machine so they couldn't have faxed it to me. We only spoke on the telephone.

Airport Limo Of Tampa Bay
0
%
Doing nothing would be this company's favorite pastime, if they had the energy for it.