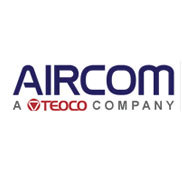 Having problems with AIRCOM International?

ComplaintsBoard.com is not affiliated, associated, authorized, endorsed by, or in any way officially connected with AIRCOM International.

I would like to raise an official and formal complaint on one of the Singaporean and his detail as below.

I met this ### via online when I try to search job in Singapore, and I have been told by him that I can get the job from him as the executive of AIRCOM.

On the 07 /11/2011, he come to Malaysia and requests me to book a hotel for him because he would like to interview me in the hotel.
On that date itself, I have been raped by him in the said hotel.

She forces me to do any thing he wants including sex. I have tried to refuse to his request but he punches and beat me and forces me to drink some kind of alcohol.

I have been raped by him 5 times in 2 days. I already log a police report which the police are in the midst of investigation.

I will log the police report at the Singapore soon.

Please be informed that actually she is not the first time to user his position within your company (AIRCOM) to play his dirty sick trap. This can be evidence that same case have been reported by the other victim in November!

Kindly take the necessary action on him.

Please do let me know if you need the entire evidence and police report log. I had also met the 2 other victim which rape by him and we are all ready to sue on him

I understand you all maybe not to take any action as you all will said that this is his personal life, but please bear in mind that actually he now is using you company reputation to look for the next victim, please stop him to do this and hope you all really can put this as the first priority.

AIRCOM International
100
%
This... this rating shouldn't even be possible. Not every mother cares about her own children how this company cares about their customers. Perfect!