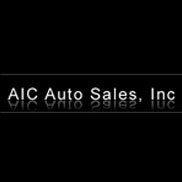 I had a bad experience dealing with a vehicle that I purchased from John Witmer and AIC AUTO SALES on eBay back in February 2011. He advertised a vehicle using terms such as "Pristine" and "Original paint" and "some dull spots". I bought the vehicle sight unseen based solely on this pictures and the subsequent phone calls. Seemed like an honest guy over the phone and he told me that he sold lots of very expensive Porsches.
When the vehicle arrived from the shippers, I could tell straight away that I was lied to regarding the condition. I called him straight away, and he basically told me that I should have done my due diligence and that I am stuck with it!!!
The vehicle had numerous places where rust had destroyed the finish and I had to have numerous surfaces re-chromed, repainted, etc. Worst of all, the vehicle looks like it was repainted with what appears to be a spray paint can on one side that was not disclosed in the ad! The engine had problems for which he disclosed but I also had to replace the carbs, battery, break system, lines, broken cylinder stud, and a head gasket. I paid top dollar for this vehicle and I was cheated and lied to by JOHN WITMER and I would recommend that you not deal with him on sight unseen vehicles or off eBay. I left him poor feedback and filed a complaint about the vehicles misrepresneted condition with eBay.

AIC AUTO SALES INC.
Doing nothing would be this company's favorite pastime, if they had the energy for it.