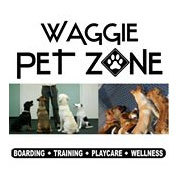 Having problems with Aggie Pet Zone?

We spent $250 to board our dog for Thanksgiving. $250 is 25% of my husband's salary. Boarding the dog requires the dog to get some vaccinations, so we took the dog to the vet for some vaccinations and a physical exam the day before the boarding. When we got the dog back, the dog was in a lot of pain, so we took him to the vet again. It turns out that the dog's teeth were shattered. Aggie Pet Zone admitted responsibility, but they said that they are not going to compensate us because my husband signed a waiver.

Aggie Pet Zone
100
%
This... this rating shouldn't even be possible. Not every mother cares about her own children how this company cares about their customers. Perfect!