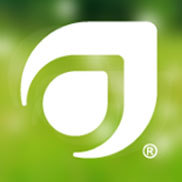 Having problems with AGEL?

A dear friend of mine went to Asia for AGEL as a paid distributor. Once there his efforts were compromised by lies by the owners Glen and Brent Jensen who kept him in the dark about many details pertaining the products and the direction the company was going.
Upon hearing what lies and deceit he was dealing with I took a closer look at the AGEL products and discovered how they consist of nothing but freeze dried fruit extracts with absolutely no life antioxidant function.

It is basically sugar water with Xantam Gum and a tiny percentage of fruit extracts that do nothing for anyones health.
The garbage is also over priced.

The consumption of blue berries, an apple, Kiwi or any other fruit will do far more for your health than consuming the useless crap AGEL sells through a cult like sales system (like the Mormon church the owners are members of). They hired the master scammer Randy Gage to lie and hype the AGEL nonsense to no end.
AGEL is the perect example why MLM receives such a bad rep.

If you hear "AGEL", Stay away!

Contact me if you want proof of the formulations.

AGEL
0
%
Doing nothing would be this company's favorite pastime, if they had the energy for it.