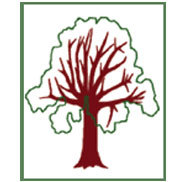 Having problems with AFFORDABLE" Tree Care?

We had an old walnut tree downed by a storm. We were given Affordable Tree Care's name by Service Magic. In our initial phone conversation with Affordable Tree Care they mentioned it was family owned and the husband was some type of minister, and that they could be here later that day (Saturday). When they arrived one of the first things the husband asked us was "Where do you fellowship?" They gave us an estimate of $1, 500. They said they could start right away but wanted half the money $750 up front. Shame on us for giving them any money. I'm sure that was why they had been sure to mention all this stuff about being a minister and asking where did we fellowship - so we would trust them. They were only here for 3 hours and left with our money saying it would take 2 more days to complete and they would be out the following Monday and Tuesday to finish. To make an extremely long story short they didn't show up either day, and every time I spoke with them they had a whole list of excuses why they couldn't get here. I finally told the owner I didn't want to hear anymore excuses and he got quite nasty and said "Fine, consider it services rendered!" and hung up on me. I am working with another company now to get the job finished - all the estimates I have gotten are nearly as much or more than the original $1, 500 of Affordable Tree Care because they only completed a tiny fraction of the work. One of these other companies said that he has been hired several times to "clean up" after Affordable Tree Care. When Affordable Tree Care was here they also mentioned having had a business in Florida that didn't work out, and had been in Tennessee also. My husband said it was also mentioned to him that they had been in Kentucky. I think they are traveling from state to state and ripping people off until the heat is on and they move. I have filed a complaint with the Better Business Bureau and noted that there was already another complaint filed against Affordable Tree Care. When I relayed this information to Service Magic they said they do a criminal check on the people but they don't even check with the Better Business Bureau. Avoid this company at all costs!
I know we should have never given them money up front. We just weren't thinking straight because we were so traumatized over losing this great old hundred year old tree - it was like losing an old friend and Affordable Tree Care totally took advantage of our fragile emotional state. They knew exactly what they were doing and never had any intention of finishing this job.

AFFORDABLE" Tree Care
100
%
This... this rating shouldn't even be possible. Not every mother cares about her own children how this company cares about their customers. Perfect!