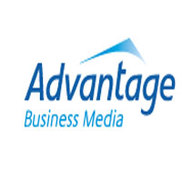 Having problems with Advantage Business Media?

I signed up a very long time ago to receive some Free-Print-Newsletters through Advantage Business Media. After my Subscription Ran-Out; I didn't want to Renew it, because I didn't even read the Magazines anyway. So I removed myself from their mailing list; Or at least that is what I thought. I started getting phones calls almost daily. They called from Day-to-Night! It would be Telemarketers calling trying to (Annoy) me into Renewing my Subscription. I told them "No, I Don't Read The Magazines; So It Is A Waste Of Paper." Did Advantage Business Media care? NOPE! The calls kept coming in; each time they would change their phone number to read 4-Random digits on my Caller-ID. Sometimes the calls were just listed as "Unknown". But the calls wouldn't stop! At the very same time as this was happening; I found out that Advantage Business Media (SOLD) my email address to other companies. So I was not only getting Phone-Calls, but Spam as well. These Third-Party companies also didn't care that I wasn't interested in their Products; They paid good money for my Email-Address and they wanted to keep harassing me. After going through this for over a year; I finally was able to speak with someone that said they would take care of this problem. They Didn't Fix The Problem, They Just Delayed It! The Calls and Spam kept coming in. So I filed Harassment & Spam charges with the FTC, FCC, and through the BBB. I also posted complaints on every site I could find. Someone working over at Advantage Business Media contacted me; Oddly enough because she didn't like the emails these Complaint-Sites were sending her (Yeah, It's Pathetic That They Can Spam Me, But Don't Like For Complaint Web Sites To Send Them Emails Every Single Time Someone new would Posts Their Own Complaint On Advantage Business Media). This woman said she would take care of the problem (Which I Lost Count As To How Many Employees Said This To Me!)

It seemed to work for a while. But, for the past few months I have been getting emails from Tech-Companies. At first I didn't pay much attention to them, but then I noticed (ALL) of these emails were being sent ((YET AGAIN)) from Advantage Business Media! So my Nightmare of harassment has started again! All of the Spam companies that were sending me their junk; have now started again! Advantage Business Media is Truly and 100% a CRIMINAL-COMPANY! I think they have started spamming me again, because I read that they are losing money and have had to fire some of their employees. So I guess Advantage Business Media will (HONOR) a persons Unsubscription Request; just as long as they feel it is in their best interest.

So here I am, Yet Again, Being forced into this Pointless battle over my Legal-Rights to (NOT) be Spammed by Advantage Business Media and all of their Partners... I guess I should set a date on my calender; so I know that every year at this time; that I will have to post More-Complaints and file More-Harassment-Charges. Advantage Business Media is just ((NEVER)) going to stop harassing me!

Advantage Business Media
100
%
This... this rating shouldn't even be possible. Not every mother cares about her own children how this company cares about their customers. Perfect!