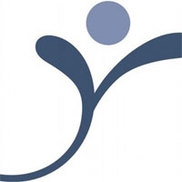 i had a bridge put in my mouth and my dentist retired.so i was having problems with my mouth and found a new dentist at advanced family dental.it felt like something was under the roof of my mouthr .i went back and forth 4 or 5 times and they had sent me to thier in house peridontist.he suggested i have a deep cleaning.i went in to have procedure done it will be 2 years this nov.after having this done i was in terrible pain.devastating pain and my mouth was bleeding bad.so i contacted my oral surgeon and it turned out that i
had necrosis.the roof of my mouth was dying.he did x rays etc.couldnt find anything.the bridge i had put in 5 months earlier i wanted it
out because i couldnt take the pain.surgeon didnt believe that was the problem but he took it out.i have been to several surgeons and
finally a specialist at a denatal school.my oral surgeon believed that an artery looked as if it were cut and that was what caused my mouth to start dying.well nobody will put blame on the peridontist that did this.mind you i never had a problem before any of this happened.well now i dont have any teeth on right side and i have a massive hole in roof of mouth and it is so painful it has ruined my
life.attorneys need more proof and dentist wont help me.i suffer every day and i cant take it anymore.im disabled and do not have
money for expensive implants that i need to hold a plate in my mouth.i need a custom plate and implants but i cannot afford it.i
certainly will never trust a dentist again., i hate them for what was done to me

I will start by saying the dental work my wife had done at Advanced Family Dental was first class. There is no complaint with the dentist or the quality of his work. My complaint is with their office and those who handle the billing.

My wife has worked in accounting for most of her life. She is meticulous in taking care of our finances, from planning to getting the final bill paid. We have an outstanding credit history which includes *zero* late payments, much less anything more serious.

Needing some extensive dental work, she did her usual to research and plan for the cost as it would be outside our normal budget. This included planning well in advance in regard to details and amounts in our dental insurance plan, to make sure everything would be taken care of.

The work was done over 4 visits over a period of a couple months. The problem started when we noticed the claims Advanced Family Dental (AFD) had submitted to our insurance for her first visit was still not showing up as pending or approved. She started with simply asking AFD to re-submit the paperwork to our insurance properly. As time progressed, our insurance company kept telling her they had not received the proper documentation and billing from AFD. To make a long story short, my wife eventually ended up putting everything together and giving AFD the proper fax number and a specific person to send it to at our insurance company. She spent countless hours, essentially fighting with AFD so THEY could get paid.

Over the next several months, these types of problems continued. My wife was constantly trying to get them to handle the billing and insurance properly, and the AFD staff was constantly lost, confused and inept. With complex billing issues such as this, my wife goes so far as to keep a detailed spreadsheet with every billed amount, credit, insurance company payment, and any payments she makes.

She knew there was a final amount due, and ended up battling with AFD, as usual, to get everything taken care of and done. When there is insurance involved, it can take some time as you wait for the insurance to submit their final payment and EOB (Explanation of Benefits - detailing what they payed and what the patient is responsible for paying). My wife did not pay the final amount she due as AFD was unable to agree with her on the amount (i.e., they lacked the basic accounting & match skills to deal with their own billing statements).

A year passed and we get a letter from a collection agency attempting to collect over $3, 000 on behalf of Advanced Family Dental. If we thought AFD had some inept staff, they were nothing in comparison to the people we had to deal with at this collection agency. My wife did a fresh audit of every detail with AFD, and forwarded a simplified spreadsheet as well as copies of all supporting documentation to them. She indicated we owed just over $600 to them and she would send that amount to settle the debt.

The collection agency refused that offer and indicated they would settle for $1, 400 plus change. She referred them to the spreadsheet and supporting documentation she had sent them. They went back and forth a few times and was turned over to someone else at the collection agency to start over again with him. The person was different, but the results were unchanged.

Today, speaking with the collection agency again, she referred to the supporting documentation, went over some specific numbers with him - which seemed to totally confuse him - and once again offered to settle for the $600+ amount owed. She told him this was her final offer and she would not discuss any greater amount.

He called back a short time later to say he had spoken with AFD and their response was for us to pay $1, 400+, or they would take us to court. At that point, I got on the phone and explained everything to him in a not so nice manner - ending with the message they could take the $600+ we owed them now, or they could have the same amount after we go to court, show the documentation to the judge and offer the same there.

We'll see where it goes from here. In the meantime, due to some discrepancies we've noticed in AFD's billing to our insurance company, we are turning everything over to their audit department for a more detailed look.

I'll let you know how everything works out.

Advanced Family Dental & Orthodontics, PC
50
%
This company is on the right track to keep up with incoming complaints, but there's still plenty of work to do.