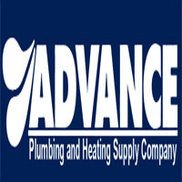 Advanced Plumbing (License #61929PM) started work on my shower in May, 2010. Drilled hole in wall and then nothing. Suppose to install new windows and dragged on/off for three months until they finally got the last living room window in about August 4. Robb was suppose to get the faucet for the shower and he said he would put the brick mold on my windows (I paid $700) when I told him that should have been included in the "contract" that I signed and also I was suppose to get a copy back of the "Insurance Company" guarantee or whatever it was. Gutters were suppose to be put up (paid for) when the living room window was put in. Scaffolding was suppose to be used from a rental place. Went the same day and couldn't find any. Used two ladders and a couple of boards between them.
Yelled at me when we went to Menards to order the windows. He told me this is why everything is getting "mixed up". I told him I had changed the color ONLY. He told the lumber person there when they went over the order that 6 5/8(?) brick mold was correct along with a bunch of other stuff. He was WRONG. My house has four inch walls. When I was watching his "crew" (2 people) work, I asked the one fellow if Robb knew what he was doing! He told Robb this and I got yelled at again. I called today to tell him I needed him to FINISH. All their phones (four) are disconnected and I want my money back ($2, 590) according to my figures. He charged $1, 500 to finish the shower, tiling and glazing. One hole in the wall was the extent of it. I had to get a person to cut/install the inside moldings. He told me that there wasn't any weatherstripping on the outside of the windows that is now a state requirement? I don't know if I needed a building permit or not. I am sure none was applied for.

Advance Plumbing & Heating Co
100
%
This... this rating shouldn't even be possible. Not every mother cares about her own children how this company cares about their customers. Perfect!