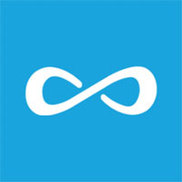 Having problems with AdBrite?

ComplaintsBoard.com is not affiliated, associated, authorized, endorsed by, or in any way officially connected with AdBrite Customer Service. Initial AdBrite complaints should be directed to their team directly. You can find contact details for AdBrite above.

Use this comments board to leave complaints and reviews about AdBrite. Discuss the issues you have had with AdBrite and work with their customer service team to find a resolution.

I run a adult website to make ends meet in this tough economy. So I became ad publisher for company called Adbrite's division called Blacklabelads.com which is for adult websites.

Recently, my traffic to the site has increased by 3 folds from average daily traffic. Most of the traffics were coming from Google which I don't have any control over. While there were increase in my site's traffic, my earnings from Adbrite was rising with it.

After 2 days of this enjoyment, Adbrite suspends my account and told me that they are not going to give me my earnings unless I give them the access logs. Because they felt that my earnings were from invalid clicks. So I submitted my access logs and told them that it's not my job to check if the click is invalid or not. It's their job. I can't help it if there system sucks.

Now they send me an email stating that they are not issuing me a check for my earnings and gave me no answer. I responded it by saying that I earn that money. I had their ads on my site for over a year and they are trying to rip me off. No way in a hell!

So I tried to get their phone number through the whois but just got the d**n machine and no live person.

How can the mother f***ing company keeps the all the money and not give to hard working people who earned that money?

Finally after researching the web, I found a lot of complaints like mine throughout the web so if you are looking to make some money, either stick with Google Adsense or Etology.

Also, mother f***ing adbrite doesn't give you the money after 3 months while everybody else is only 1 months?

What kind of mother f***ing scams these a**holes are running?

Learn from me, DO NOT DO ANY BUSINESS WITH MOTHER F***ING ADBRITE.

AdBrite
100
%
This... this rating shouldn't even be possible. Not every mother cares about her own children how this company cares about their customers. Perfect!