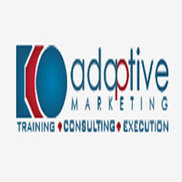 I signed up for a free credit reort thru free credit report.com. I used their services for a few months and cancelled My bank account info was given to adaptive marketing who began withdrawing money from my account without authorization or providing a service of any kind. My bank gave me three number for different companies taking money from my account and they all ended up being adaptive marketing calling itself by different names. All three sub-companies were charging me for the same service, credit reports. None were supplying these reports. When i called to stop these charges, i was told that i agreed to sign up for these services in the terms and conditions of service for the credit report i did order, but, i was never contacted by these companies with any kind of access to the reports i was paying for without my knowledge.

I was contacted via the phone about a FREE credit reporting program. It sounded good, so I bit. Bad move. The company, like many others, always has another 'special deal' after you sign up to get more money from you. I only wanted the free credit reports. Long story short, I got the free credit report, but no one ever bothered to mention that I could only do a report on myself. I wanted to do credit reports on my wife, too, to make sure we would qualify for a mortgage. I was informed afterwards that I could only do a report on myself. So the deal wasn't worth it.

The next month I start getting charged $9.95 a month for this and that, (direct charge to my debit card) so I called and spoke to the person listed, and they said they could cancel immediately, but I would still get charged the 1 month's charge. So, if you add up the miscellaneous charges I got hit for, plus the $9.95 for the Privacy Matters credit report program, you pay the same as if you ordered the credit report from the credit agencies directly, and with a lot less hassle.

Oh yeah, the wonderful folks at Privacy Matters said they would also send me a $50 Wal-Mart card. Instead I got a letter from Adaptive Marketing 3 MONTHS LATER, asking me to fill out a 5 question survey, but more importantly, asking for the account number of the Privacy Matters that I canceled months ago. I guess they know that most people quickly figure out their scam and cancel, so they never have to send out any gift cards.

Because I canceled, they will probably look me up and see I canceled, and use that as an excuse to NOT send ma a gift card. If you paid for all the monthly charges and didn't cancel. you would pay a LOT more that the $50 card. Based on other reports I have read, I don't expect to ever see the card. Stay tuned and I'll let you know.

Bottom line, stay away from Privacy matters and Adaptive Marketing.

Adaptive Marketing Solutions Pvt Ltd
0
%
Doing nothing would be this company's favorite pastime, if they had the energy for it.