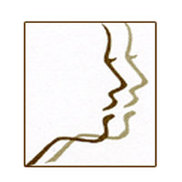 Having problems with Acrylic nails?

ComplaintsBoard.com is not affiliated, associated, authorized, endorsed by, or in any way officially connected with Acrylic nails Customer Service. Initial Acrylic nails complaints should be directed to their team directly. You can find contact details for Acrylic nails above.

Use this comments board to leave complaints and reviews about Acrylic nails. Discuss the issues you have had with Acrylic nails and work with their customer service team to find a resolution.

I visited Amanda Jane's beauty salon on Saturday 5th May to have a new set of acrylic nails for a family wedding. I sat for 2 and a half hours, having an old set soaked off and the new set put on. I have had this done many times before and it has NEVER taken so long. The area where I sat having this done, had two beauticians working. The other beautician had 3 ladies in the time I was sat there.
When I left the salon I was very unhappy with the quality of the nails and the lengths and shapes. The only way I can describe them, was as though the beautician was a trainee, and hadn't done many sets before? I returned to the salon to express my dissatisfaction and was told by another beautician that I should return the following Tuesday (as it was bank holiday weekend) and a new set would be fitted free of charge. I actually confirmed this with her before I left, the new set would be free.
I was contacted on the Tuesday morning by Stacey, who after asking her I established she was the Manager. After a lengthy conversation and many accusations that I had what I wanted (even though I had explained straight away I was NOT happy) she refused to replace the nails. I found her to be very unprofessional and she came across as extremely young and clearly not capable of running a beauty salon let alone managing it!.
I have never complained about any previous beauty treatments, or any spa days I have attended but on this occasion I was completely appalled by the service (or lack of it!) that I received.
In todays climate I would think small businesses like Amanda Jane's would be trying to keep customers and help these customers to help them advertise their salon.

Acrylic nails
100
%
This... this rating shouldn't even be possible. Not every mother cares about her own children how this company cares about their customers. Perfect!