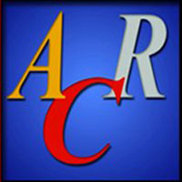 Having problems with ACR Coach?

ComplaintsBoard.com is not affiliated, associated, authorized, endorsed by, or in any way officially connected with ACR Coach.

Got some coach loafers last April for my bday. Only wear like 5 times and the front part is tearing up. Went to 2coach stores in Vancouver BC and they told me that there's nothing they can do. Wow, why am i buying your expensive crap if I can't even wear it for a week. WILL NEVER BUY A COACH AGAIN... So disappointed in your crap

On a recent organized tour for Girl Scouts from the Memphis, TN/Olive Branch, MS area, four ACR Coach buses were chartered to provide overnight transportation to and from Washington, DC.  At least one of the buses had a dysfunctional toilet even prior to departing!

In response to complaints about the stopped up/stinky toilet, the bus company employees were initially unhelpful and blamed the problem on the way the girls used the bus.  However, the flush mechanism did not work at all.  We pointed out that we did not understand how a stoppage in the bus toilet could cause the flush mechanism not to work.

The girls were forced to ride overnight with the unclean toilet, which eventually began to leak.  Some of the bus riders in the back became queasy from the smell.  The bus was forced to stop multiple times for unscheduled restroom breaks, which put us behind schedule for our tours in DC.

In Washington DC, the company initially said they could not repair the toilets.  Then when multiple complaints began coming in, they did finally clean the toilets so that our trip home began with relatively clean toilets.  They made an announcement about the toilets, stating that they were in proper working order, explaining to the girls that no paper products whatsoever were to go into the toilet (including toilet paper!) and asking travellers to refrain from complaining.  Prior to departing DC, when I checked the clean toilet, the flush mechanism was still not working at all.  Once again, during the ride home, the bus began to stink.

I know from talking to other passengers that at least one other bus, of the 4 chartered for our trip, had the same problem with stench coming from the toilet.  I believe that this must be some kind of health code violation to travel in an overnight bus with toilets that do not flush.  At any rate, it makes for an extremely unpleasant trip - so do not book any trips in which ACR Coach will be providing transportation! Also, I find it fishy that the website address listed for this company online is no longer functional at all.

ACR Coach
50
%
This company is on the right track to keep up with incoming complaints, but there's still plenty of work to do.