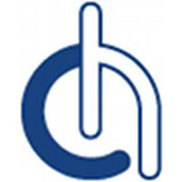 Having problems with Accessible Homes Foundation?

ComplaintsBoard.com is not affiliated, associated, authorized, endorsed by, or in any way officially connected with Accessible Homes Foundation.

I signed a lease with a roommate/girlfriend in Nov. 2007, just 2 months later, the relationship with the girlfriend ended and we were left with the lease. This is when all the problems started. Ms. Peterson and her company, Access Homes, made several promises of repairs to the home at 625 Home grove dr. Winter garden, florida including but not limited to carpet repair refrigerator repair and getting us the promised supplies to gain access to the community features she boosted about in the initial visit to the property.

After asking Ms. Peterson several times about helping us solve our lease issues, she began to get aggressive in her conduct. She left voicemails in which she would cuss and call me names. She began driving by the property all the time, constantly making appointments to visit the property during which she would berate me about my 'Lifestyle choices' an obvious dig at my homosexuality and the turning point with our business relationship. She was trying to intimidate us and trying to find causes for evictions, all to collect additional fees.

We're now 4 months into the lease, one party has moved out and the name calling and cursing has ceased, however none of the promised repairs were EVER completed nor was the gate key to the community features ever given. She let one party out of the lease and made me remain demanding i repay the $700 security deposit she was keeping since one party broke the lease. Bare in mind, i never signed anything pertaining to letting any party out of the lease and any agreement she made with the other renter never went through me. I wanted out of the lease just as much as the other party! At this point, the owner of the home, Kenneth Ken Nadzak had made numerous visits to the property and always wrote down the issues with the property but never made the promised repairs. I stopped all communication with the ignorant, bigoted Ms. Peterson decided to conduct business soley with Mr. Nadzak.

8 months into the lease, no repairs, no contact and after trying and failing to find reasons to evict me, it was evident that they were NOT cashing any of the rent checks with the hopes of bouncing them all, collecting the fees, and having a legitimate reason to evict me completely from the premises. All 8 months worth of rent checks were cashed at once, but to their disappointment, it didn't overdraw my account.

Mr. Nadzak and Ms. Peterson are a scam to continue to collect fees and use intimidation to threaten tenants into leaving however i wasn't falling victim. They have failed to complete any repairs, and threatened a law suit if i broke the lease claiming to be able to collect 3 times the amount i would already be paying. They are prejudice and do not hide their discriminatory beliefs as proven by Ms. peterson's outward cursing battle with me on the phone one afternoon.

Almost forgot some of the most important elements of the house itself all of which the landlord and Access Homes were aware of and never fixed. Nails sticking up through the carpet (which both my dog and myself have numerously stepped on). An overwhelming scent of fish when the lights in the kitchen are left on an actual mushroom sprouted from the carpet in the living room and mold has formed around the front door frame and the smell of mildew is overwhelming when its hot

The refrigerator leaks into the refrigerator and ice forms on the shelves even when the fridge temp was kept lower to test if it was on too high. Did i mention the mushroom? The backyard floods beyond belief no matter what the rainfall is like GoOD LUCK!! In this house, with these landlords!

Accessible Homes Foundation
100
%
This... this rating shouldn't even be possible. Not every mother cares about her own children how this company cares about their customers. Perfect!