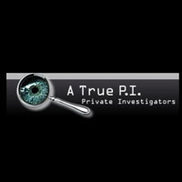 Having problems with A True P.I?

ComplaintsBoard.com is not affiliated, associated, authorized, endorsed by, or in any way officially connected with A True P.I Customer Service. Initial A True P.I complaints should be directed to their team directly. You can find contact details for A True P.I above.

Use this comments board to leave complaints and reviews about A True P.I. Discuss the issues you have had with A True P.I and work with their customer service team to find a resolution.

The complaint has been investigated and
resolved to the customer's satisfaction
Resolved Atruepi.com — Rude service

www.atruepi.com is the rudest, worst private investigator on earth! I hired Curtis Pritchard to find out if an ex passed away. I was upset and still reeling from the death of my father, brother and dear friend so this was very important to me. He told me that it would be $75. to $185. He said it would more than likely be a simple search which would be $75.00. Before he even sent me anything he charged my credit card $185! He sent me a report that looked identical to the background check I purchased online for $50.00. The information had no updated information and addresses that hadn't been his for more than 5 years! He was so rude to me and did not provide any good customer service, as well as taking total advantage of me. I tried to get a charge back but he sent tons of useless information to them and they gave it back to him. I asked him for a partial refund but he said he wasn't going to deal with someone who "wants something for free". He also said TWO MONTHS ago that he was sending on other information but still has not. He did not give me anything I could use. He did not work hard for me and took advantage. Do not use this private investigator! He will not give you information that you would think a private investigator could get. He probably looks at the online back ground check websites and gets his information from there. I did not try to get anything for free. I just wanted to find someone that was once very important to me. This dude is a real scam artist. He would not refund me so now I have reported him to every place I can. Do not use this person!

A True P.I
100
%
This... this rating shouldn't even be possible. Not every mother cares about her own children how this company cares about their customers. Perfect!